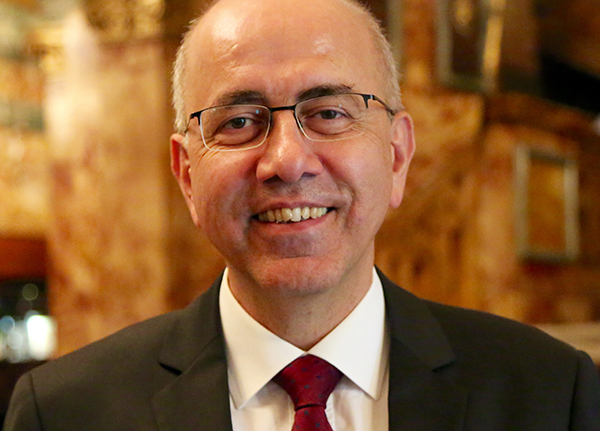 He is professor of Infectious Diseases and Clinical Microbiology in Koç University, School of Medicine since 2011.He graduated from Hacettepe University School of Medicine in 1989 and completed his residency in 1996 in Infectious Diseases and Clinical Microbiology department of Ankara University in Ankara, Turkey. He received Master of Public Health degree from Harvard University School of Public Health in 2003. In 2000-2002, he worked as a research fellow in the Clinical Epidemiology division of Infectious Diseases Department at the University of Utah, School of Medicine, USA. He is the editor of books on Crimean-Congo Hemorrhagic Fever (2007, Springer), and Emerging Infections (2014, Elsevier). He was member of the steering committee of the EU-FP7 funded project“International Network for Capacity Building for the Control of Emerging Viral Vector Borne Zoonotic Diseases (ARBOZOONET)”. He is Co-Principal Investigator in international Research Ethics in Harvard-TurkeyEastern Europe-Central Asia (PAR-10-174) performed by Harvard Medical School and Koç University School of Medicine (2012-2017) and PI of collaborative initiation of a Human Monoclonal Antibody Development Initiation Project for Crimean-Congo Hemorrhagic Fever PostExposure Prophylaxis and Treatment. NIH, NIAID, Koc University and University of Massachusetts (2013-2014). He is the owner of the Public Health Scientific award of Turkish Medical Association in 2007. He is the chair of Turkish Society of Clinical Microbiology and Infectious Diseases since 2013. He is associate editor of Clinical Microbiology and Infection since 2013. He became the full member of Science Academy of Turkey in 2013. His research interest is infectious diseases epidemiology, particularly emerging infections and health care related infections.

Introduction to epidemiology,Contribution of epidemiology on human health,Types of study design

How to convince the editor?

Roundtable Discussion on Convincing the Editor

Roundtable Discussion on Convincing the Editor